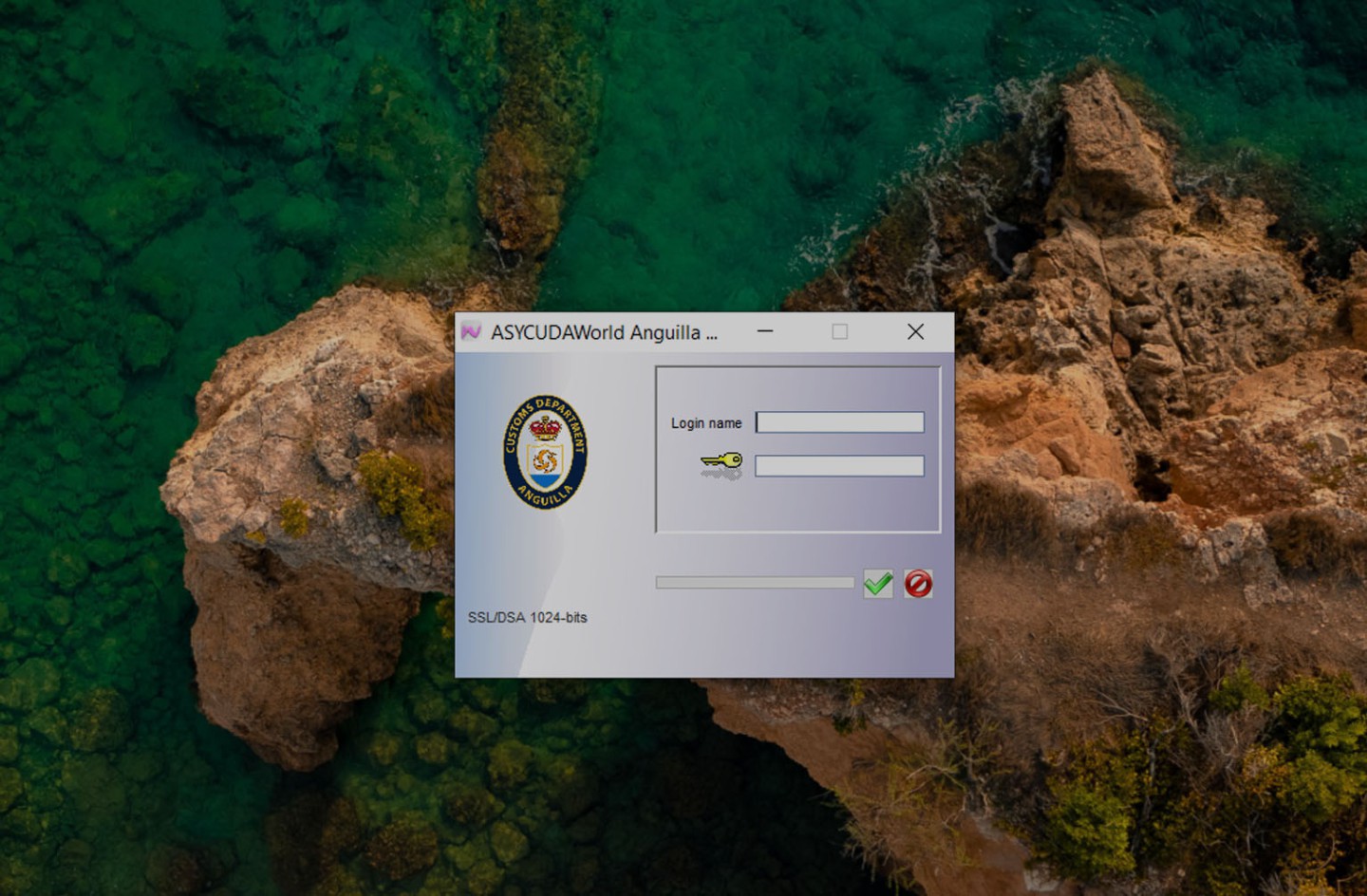 The Anguilla Customs Department is embarking on upgrading the ASYCUDA World Platform from version 4.0.24, to version 4.2.2. With this upgrade there will be some mandatory changes that are important for persons to complete in order to access the new version of ASYCUDA World.

Everyone wishing to access ASYCUDA on Monday will have to update their JAVA to version 8 update 51. A download link for the Java installation file as well as a manual on how to install and add the exception to Java has been provided in the resources section of the ASYCUDA page.

It is also important to note that the old JNLP file that was used to access ASYCUDA World will no longer work, and the new file should be downloaded from the ASYCUDA page. It is crucial that these steps are followed as you will not be able to otherwise access the system.

The ASYCUDA World page on the website should be used as a resource, by all Anguilla Customs stakeholders, to find regular updates and news items related to the system, as well as to find any manuals or forms that relate to ASYCUDA World.

Thank you for your cooperation in this time. 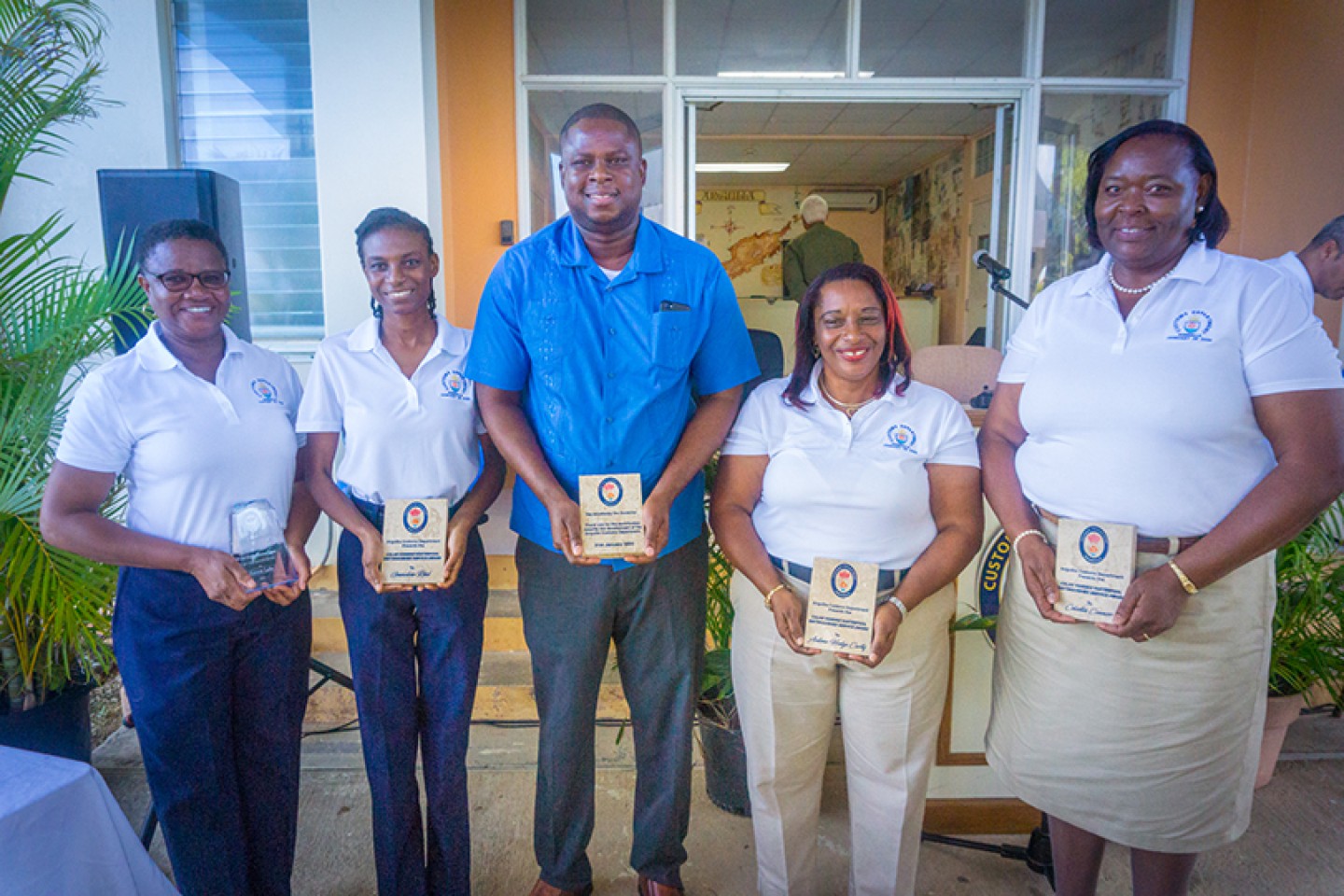 On Saturday 1st, February 2020 the Customs Department held a picnic at Sandy Ground, bringing to an end a week of activities marking their 11th World Customs Day celebration.

The week of celebrations commenced on the 26th of January (the official date for the World Customs Day) with a lively church service at Faith Evangelical Outreach Mission headed by Pastor Winston Ryan. The church service was well attended by a smartly dressed Customs Staff who received a warm welcome from the church before engaging in morning worship. The Department serenaded the church audience with a scintillating rendition of Travis Greene’s song “You Made a Way” which was well received and was without a doubt one of the highlights of a great service.

After the church service, officers made their way to Zemi Beach Resort where they were treated to an appealing Breakfast Buffet. The combination of the restaurant’s ambiance and the scenic ocean view made for a very relaxing and enjoyable atmosphere.

On Monday 27th, January 2020 the Department took to the airways as the PRO Mrs. Marslyn Hodge visited Radio Anguilla to share with the island the World Customs Day Theme “Customs Fostering Sustainability for People Prosperity and The Planet”. She was able to outline the vision and the direction that the Customs Department is heading towards in accordance with the World Customs Organization.

Also on Monday 27th, January 2020 the Customs Department visited the island’s Primary Schools where officers from the different ports and units within the Department were able to give the students an insight of what it is that Customs Officers do. Those presentations were conducted at the

throughout the week and concluded on Thursday.

On Wednesday 29th January 2020 a ten- member team from the Customs Department representing every area within the department, spoke to 4th and 5th formers of the Albena Lake Hodge Comprehensive School. Officers and staff members outline the basic functions of their respective units and ports to approximately 200 children assembled within the Rodney MacArthur Rey Auditorium. One of the highlights of the afternoon was when Senior Officer Darnel Gumbs of the K9 Unit put on display one of the Department K9’s in a demonstration of locating contraband. The students were all intrigued and gathered around tightly as not to miss the action. This was all done as part of the Customs Department initiative to educate and generate interest from young persons who may soon be seeking a career.

Our annual Staff Appreciation Breakfast followed two days later, outside the doors of the Main Office in our new office space at The Secretariat on January 31st, 2020 at 07:15 am.  Mrs. Marilyn Sharplis emceed the proceedings and got us on the way. The staff was blessed by Rev. Dr. Wycherley Gumbs followed by the reading of the Department’s Mission Statement and Vision by Officer Monique Carty and Customs Guard Karen Richardson respectively. The World Customs Day Address was read by Officer Geenelver Reid and the flag raising was done by Officer Raheim Webster while the National Song was being sung by those in attendance.

Officers were treated to a beautiful rendition by Natan Connor called “A new Day” and the staff once again showed off their singing potential with a repeat of the song they sang so lustily on Sunday at the service. Both renditions were accompanied by live keyboards by Officer Justin Richardson one of the many talented musicians boasted by the Department.

The Comptroller of Customs Mr. Travis Carty then gave synopsis of 2019 detailing the achievements of the Department despite the many challenges officers faced. He went on to motivate officers for the upcoming year while outlining some of the Department’s future goals. The staff was then addressed by Hon. Deputy Governor Perin Bradley with some brief remarks.

One of the highlights of the morning was the Award Ceremony where a number of Customs Guards and Officers who has shown dedication and an aptitude for working throughout the years were recognized. They were awarded the Calan Van Dkye Vanterpool award which is an award given to Officers for their outstanding service within the Department. Those awarded were Celestia Connor, Avilene Hodge-Carty, Margaret Richardson (who has also retired this year) Merlene Rogers, Geenelver Reid and Kareen Lake who received an award from the office of the Comptroller and Deputy for her commitment and reliability throughout the years. A special award was also presented to Mr. Bradley on behalf of the Governor’s office by the Comptroller of Customs Mr. Carty.

Despite all that had already taken place that morning and breakfast awaiting empty growling stomachs, officers were still glued to their seats eagerly awaiting what has now become a highlight at the annual Appreciation Breakfast, Alexis S Ryan poem. The much anticipated wait was all over as he strode to the podium greeted with cheers, in anticipation of another masterclass. Again he had delivered. Officers hooted and cheered as within his poem “Dear Anguilla” he had once again captured so eloquently the views and feelings of every officer and the daily challenges they faced.